11 of the Most DANGEROUS Hikes in the World

These eleven most dangerous hiking trails are not for the faint-hearted. They are about challenging yourself and a little bit of thrill seeking.

Knife-edge ridges that border on lunacy rather than adventure, treacherous trails, and spectacular views.

Hiking can be walking through a forest or strolling along the beach. It can be putting one foot in front of each other even up a mountain.

Hiking is about the view and we all know the higher you go the more spectacular it becomes.

Here is my list of the 11 most Dangerous hikes in the world that will get that adrenalin pumping: 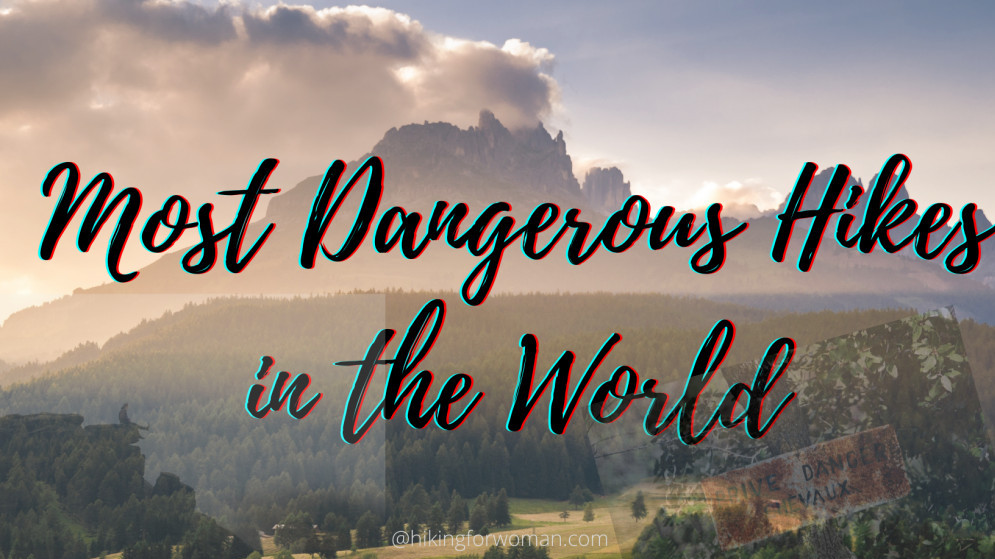 Huayna Picchu (meaning “young peak”) is one of the most popular destinations at Machu Picchu. It towers over the lost city of the Incas at 2692 m (8 835 ft.) above sea level. The trail loops around the mountain where architectural vestiges such as narrow staircases, tunnels, terraces and altars can be found.

Hiking conditions are recommended during the dry season from May to September.

The trail is very steep in some places and not for the faint-hearted.

The Huayna Picchu Loop Trail is dangerous because of where it is situated as well as getting Altitude sickness.

It is recommended to not just start with this trail but to first acclimatized.

The Only Peru Guide.com provides a guide on how to cope with Altitude sickness when approaching The Huayna Picchu Trail Loop Trail.

Number 10: Via Ferrate, Italy and Austria

A Via Ferrate means “Iron Path” and is a protected climbing route, built with a steel cable rail fixed to the rock, metal steps, ladders, suspension bridges and zip wires.

Via Ferrate date back to the nineteenth century, but they are often associated with the First World War, when several were built in the Dolomite mountain region of Italy to aid the movement of troops. Over 1000 via ferrate currently exist in the European Alps. 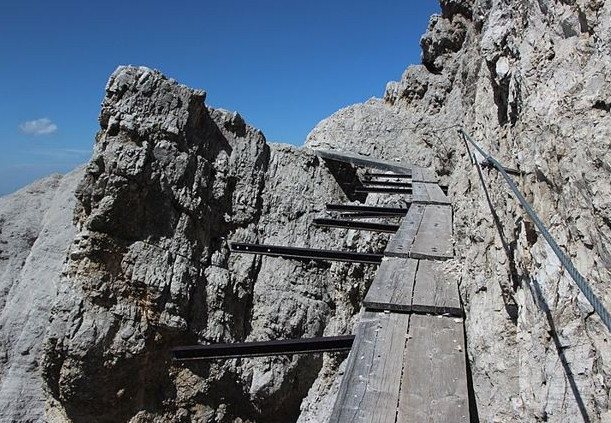 The Sentiero Ferrate Ivano Dibona is a challenging high alpine route along the Zurlon ridge, the main crest on Cristallo, a mountain group in the Italian Dolomites.

The 27-meter long bridge was used in the movie “Cliffhanger”. 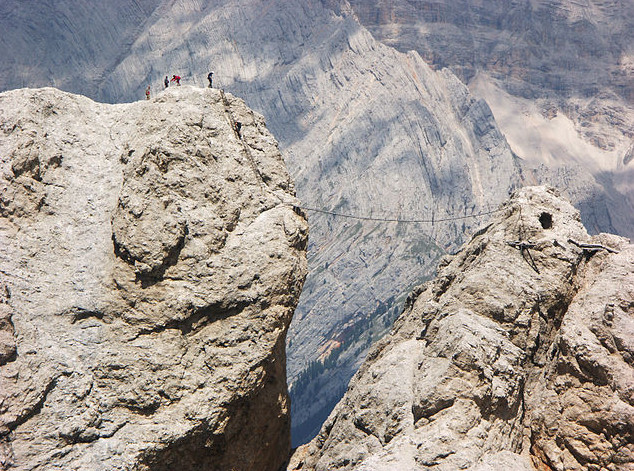 Via Ferrate, Italy and Austria

The Grand Canyon National Park in Arizona, is home too much of the immense Grand Canyon, with its layered bands of red rock revealing millions of years of geological history. 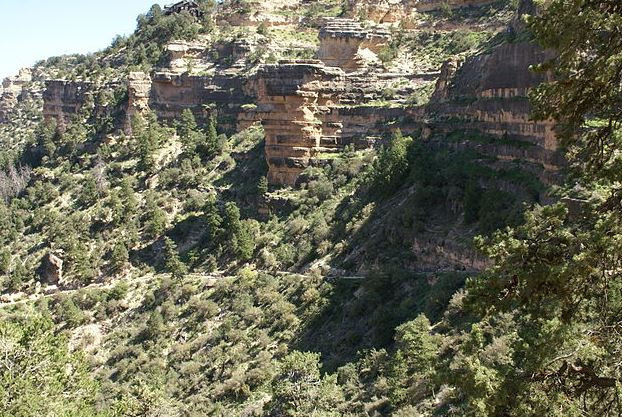 By Hermann Luyken – Own work, CC0

On the Bright Angel Trail about 200 people are yearly rescued, primarily during summer when temperature is the highest.

Cramps, scorching thirst, and hallucinations are but a few of the symptoms you will experience before your head explodes and you die!

The trail cut into solid rock on the spine – the fin-like summit ridge – after the construction of Walter’s Wiggles, a series of 21 switchbacks that connect the spine to the West Rim Trail. 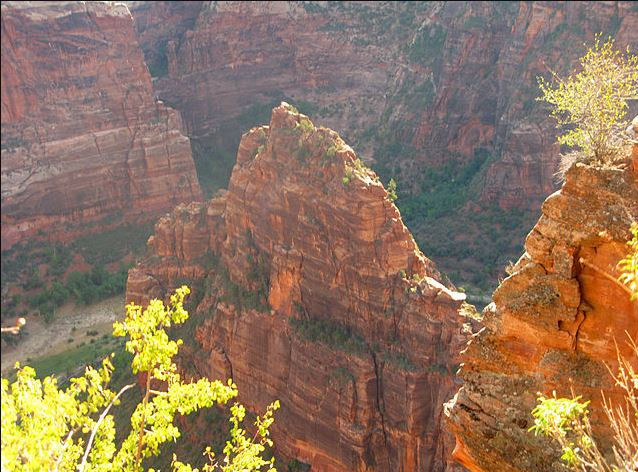 By Ronnie Macdonald from Chelmsford, United Kingdom, CC BY 2.0

Angels Landing where the “Selfie” will get you killed! 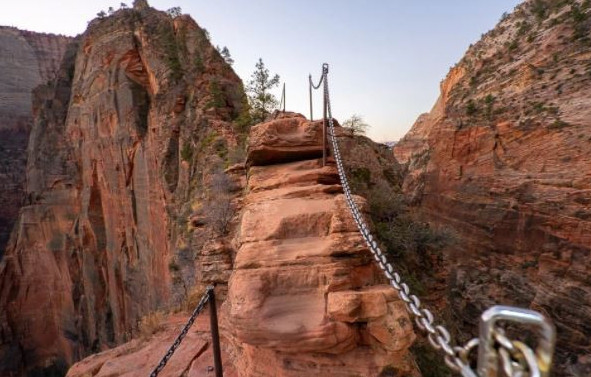 Angels Landing is a very popular hike and in 2019 it was estimated that up to a 1000 people per day do the hike in peak season. 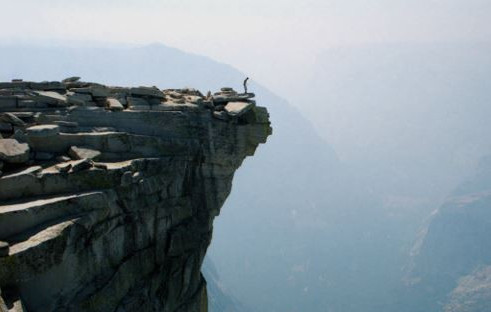 Hiking to the top of Half Dome is a very popular but extremely strenuous day hike and does require permits. 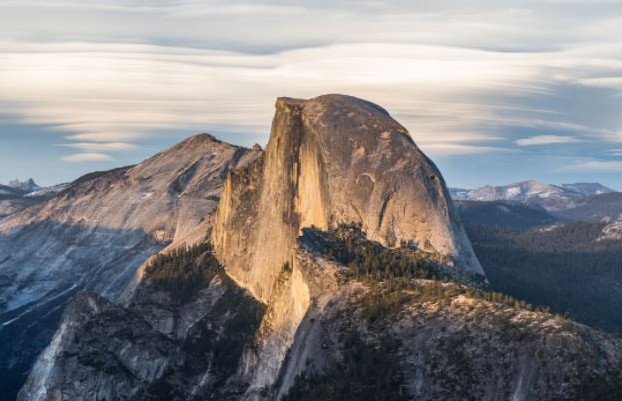 Out of a total of about 1,200 deaths since the park’s establishment in 1890, 53 have involved incidents with waterfalls.

Cascade Saddle Track is a beautiful Alpine out and back trail located near Wanaka, Otago, New Zealand. This is a multi day hike with spectacular views of glaciers and valleys. It has an elevation gain of 2769 m (9084 ft.).

This trail is only for experienced hikers. 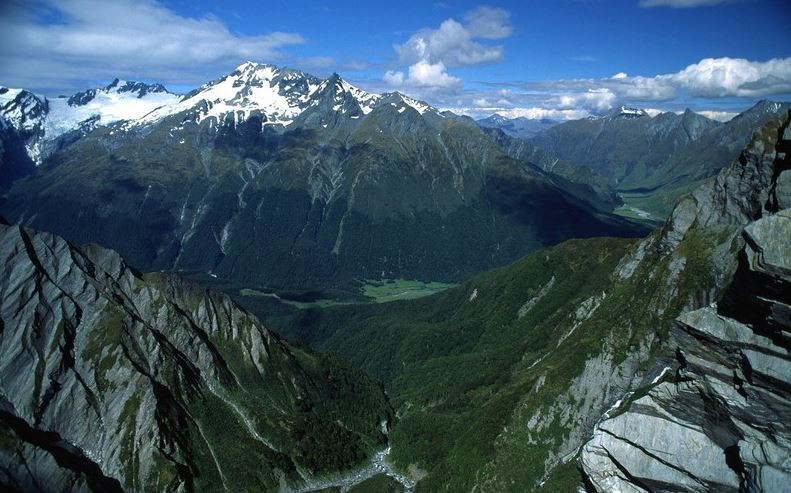 “This Highway of Death” has been under review by the Department of Conservation, Wanaka police Search and Rescue, New Zealand Mountain Guides and Alpine Cliff Rescue to make it more “safe”.

The Maze, is the wildest and least visited area of the Canyonlands. Only accessible by 4×4 and visitors must be prepared for self-sufficiency and proper gear or equipment for self-rescue.

The Maze is known as a “thirty-square-mile puzzle in sandstone” and considerate to be in the top 10 most dangerous hikes in America. 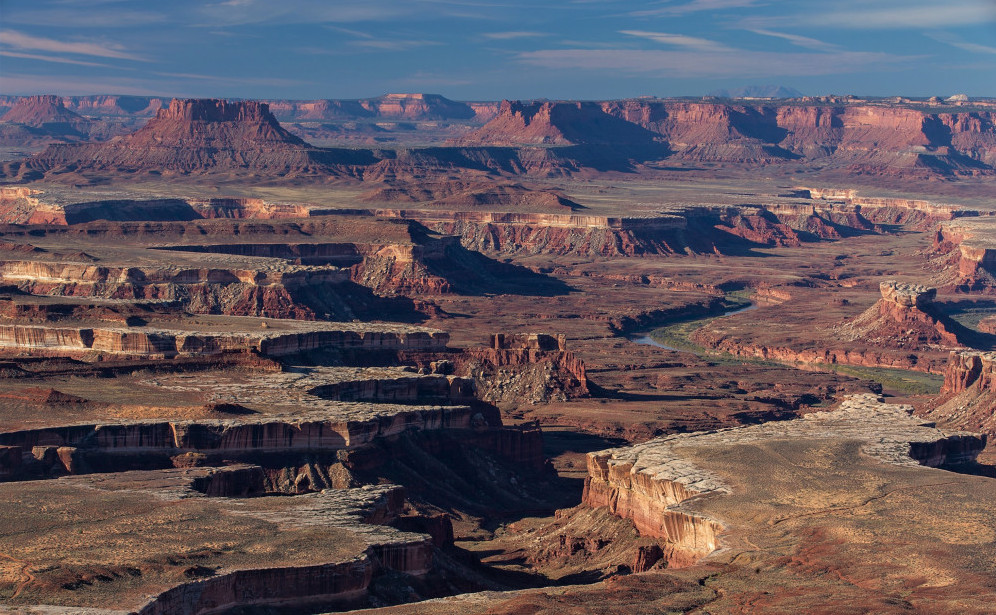 Two-thirds of all deaths were the result of a fall — roped and not roped.

The Grand Traverse of the uKhahlamba-Drakensberg Park is a formidable experience for the adventurous hiker.

It’s a World Heritage site with exceptional beauty and extraordinary views. The Drakensberg Grand Traverse is a point-to-point trail. It is usually done in 15 days and includes 3 peaks. 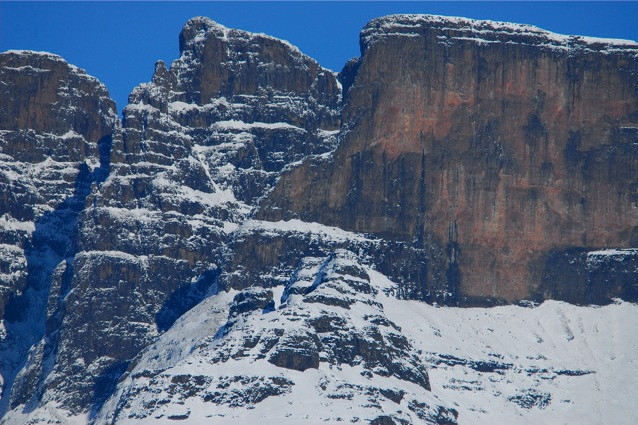 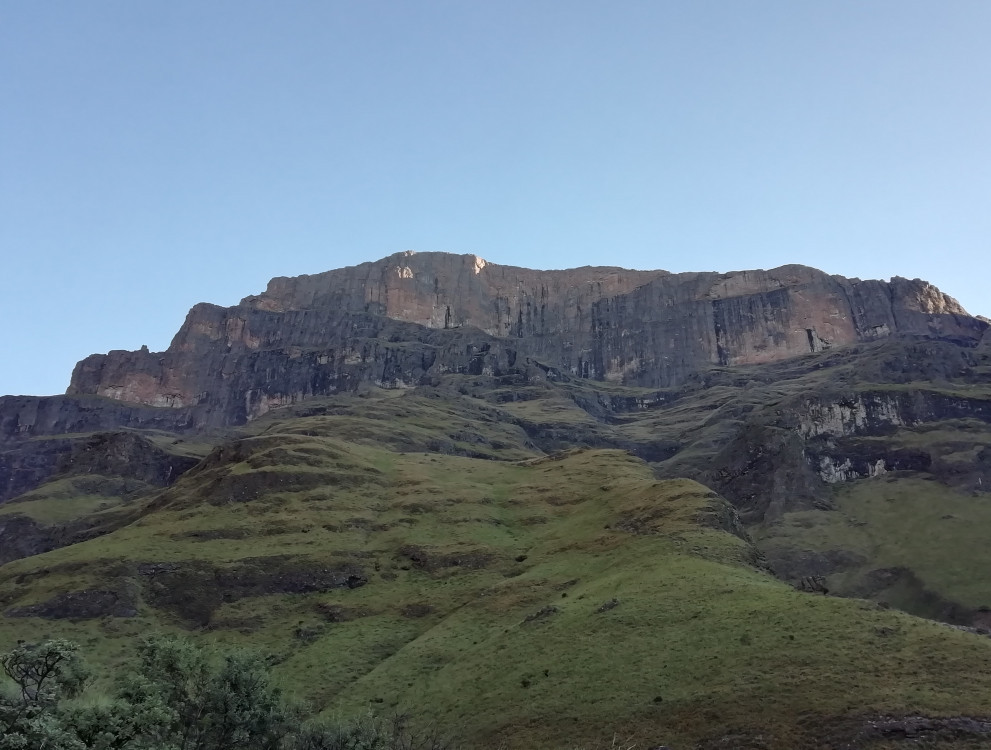 People often get lost in the mist, can’t find water or die from hyperthermia on this death -defying hike.

The Kalalau Trail follow in the footsteps of the ancient Hawaiians. It is a difficult and challenging hiking following along Na Pali Coast on the North Shore of the island of Kauai.

The narrow trail, three major stream crossings that can rapidly rise when raining as well as rock falling and strong riptides make the Kalalau Hike a very dangerous one. 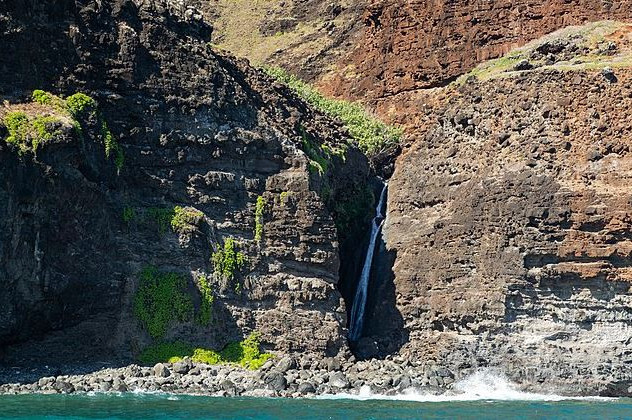 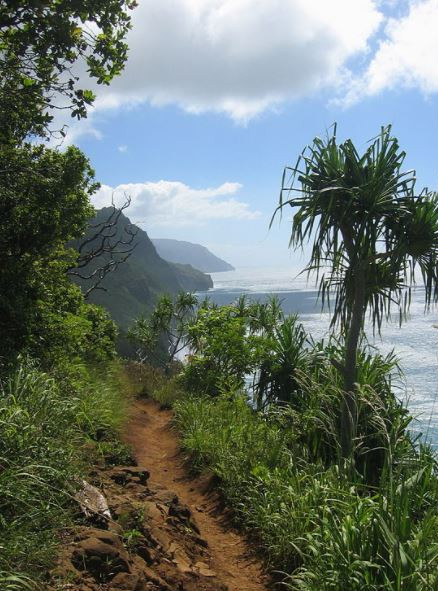 There have been numerous Kalalau Trail deaths due to basic things like not respecting the Kalalau Trail crawlers ledge and subsequently plummeting hundreds of feet.

El Caminito del Rey is a walkway, pinned along the steep walls of a narrow gorge in El Chorro, near Ardales in the province of Málaga, Spain. 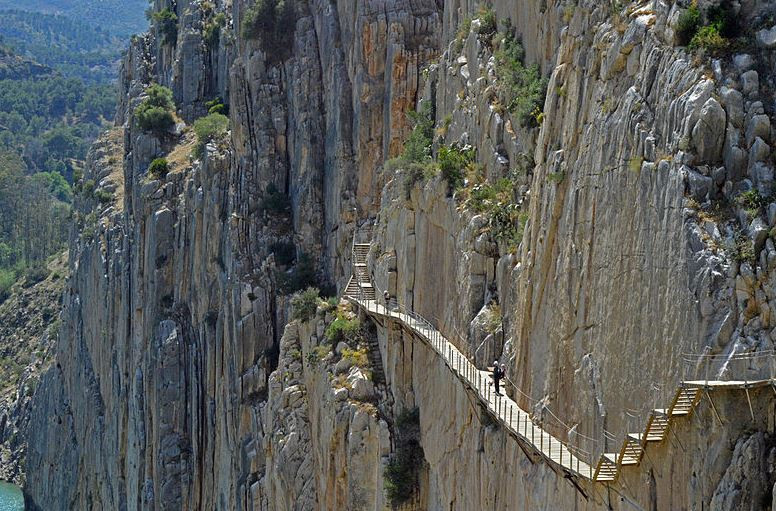 El Caminito del Rey has been known in the past as the “world’s most dangerous walkway” following five deaths in 1999 and 2000 when it was closed and restored in 2015.

The “Death Trail” is the most dangerous hiking trail in the world because of its narrow passes made only of wooden planks and carved rock faces. 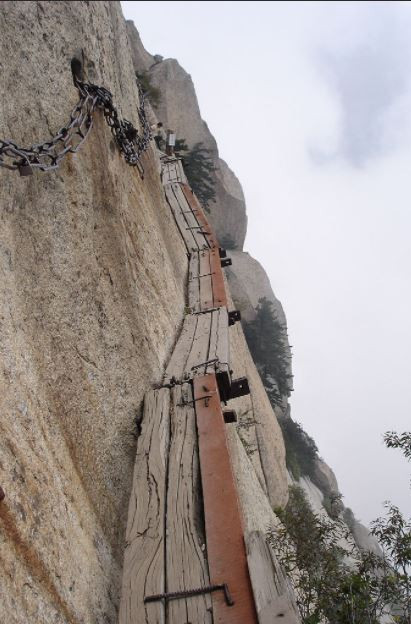 Mount Huashan is one of China’s great mountains and has been a place of religious importance since at least the 2nd century BCE when a Daoist temple was established at its base. 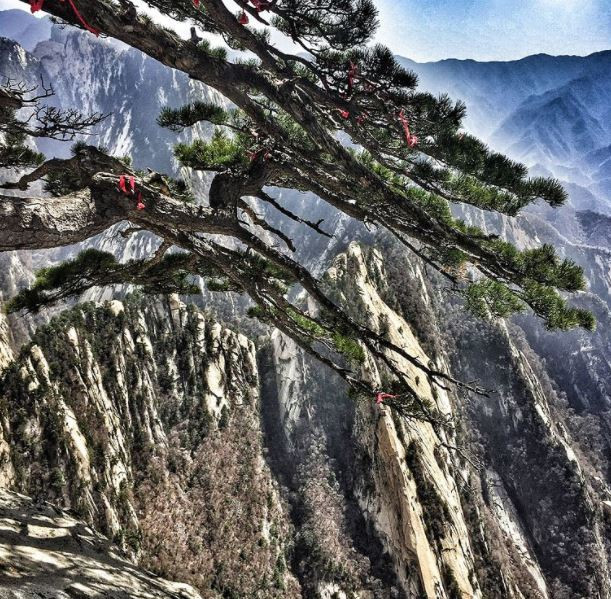 These 11 most dangerous hiking trails are spectacular with phenomenal and panorama views. However, hiding in their mist a dangerous “selfie” killer.

A word of warning: Do NOT venture too close to the ledge, many has tried and many has died!

If you ever decide to hike one of these trails remember to take the necessary precautions and Arrive Alive.

“When you’re young the future is a mountain to climb. Once there though you realize all the beauty was in the climb itself.”

Which one of these dangerous hiking trails would you take?